Mainstream oncology does not usually provide the range of support needed by those with cancer.
Dr. Davis Lamson was asked to form a program at Tahoma Clinic that would assist standard oncology methods, reduce side effects of chemotherapy or radiation and seek all that would support those who declined standard oncology treatment.

Nearly 30 years later, the program is highly successful, due both to its continual refinement and to the increased research on natural agents against cancer listed in the National Library of Medicine.

Dr. Lamson realized that an obvious idea was being mostly overlooked. This was to institute an active program to maintain the remission from cancer treatment instead of trusting to luck.

Remission after treatment means that cancer is either absent or too small to detect. Unfortunately, if a tiny amount remains, it will grow and there will be a recurrence of cancer. Even when one attains remission, conditions in the body near the former cancer are unchanged from those that allowed cancer to occur.

Hence the idea arose to remove all known “risk factors” from the person who has achieved remission and to actively engage in anti-cancer influence until the remission becomes a cure.

[Dr. Lamson is co-chair of the program content committee for the annual national conference of the Oncology Association of Naturopathic Physicians, a 450-member group of NDs dealing in cancer care. He is author of 23 publications listed in the National Library of Medicine.] 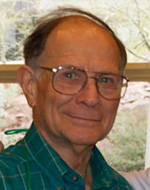