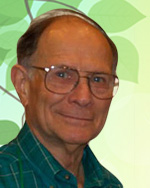 Dr. Lamson has been a staff physician at Tahoma Clinic for over three decades. His original professional training was as a research and teaching chemist, seeking solutions for chemical problems in positions at several universities. Later he graduated from the naturopathic medical school at Bastyr University and eventually instructed students there for 17 years.

He believes the initial training in chemistry to be a major benefit in locating causes of medical problems for his patients. He maintains a family medical practice and has published research to relieve diabetes II, gastric reflux, atherosclerosis, infection and stimulating immune function, liver problems, kidney failure, COPD, autoimmunity, and cancer.

Dr. Lamson received the 2004 Bastyr University Distinguished Alumnus Award and in 2005 the President’s Award of the Oncology Association of Naturopathic Physicians on its founding and in 2015 the Lifetime Achievement Award of that organization. Dr. Lamson delights in hearing about the health progress achieved by each patient.