Berberine for Type 2 Diabetes and More! 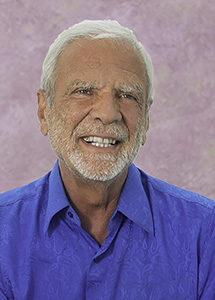 Although allergy to anything at all is possible, including ber­berine, there’s little to no reported incidence of the po­tential side effects of metformin when using berberine.  Lactic acidosis is a rare but sometimes life-threat­ening adverse effect of metformin, but Berberine does not cause lactic acidosis!

When taken alone for blood-sugar regulation, ber­berine is associated with a very low incidence of digestive disor­ders. But when patent medicines for the treatment of blood sugar problems are taken together with berberine, the rate of digestive disturbance becomes significant. The response of researchers has been to decrease the amount of berberine taken, but since ber­berine alone causes very few prob­lems, a more reasonable approach might be to remove the patent medicines instead!

Berberine has not been reported to cause low blood sugar, vita­min B12 or folate deficiency, raise homocysteine levels, or increase the risk of heart attacks. In fact, berberine actually lowers—not raises—homocyste­ine levels, and has been reported superior to placebo in improving heart function in individuals with congestive heart failure, as well as being useful for treating heart rhythm problems.

A second animal study—done with mice genetically engineered to develop human-style Alzheim­er’s disease—found that berberine reduced both the damage caused by beta amyloid, and the amount of cognitive impairment. These animal studies were building on earlier research that had already shown berberine significantly re­duces beta-amyloid production in cultured human brain cells.

Other animal studies have found that berberine may help repair peripheral nerve damage. Animals with sciatic nerve damage were given berberine by injection; within a month, there was a no­ticeable regrowth of the damaged sciatic nerve. In the same publi­cation, the researchers reported that berberine stimulated increased growth of dendrites, the very thin extensions branching out from the main body of a nerve cell which transmit information in and out. Metformin hasn’t been reported to have these effects!

Berberine also protects against osteoporosis and is a major natu­ral antibiotic, with activity against a wide spectrum of pathogenic (“bad guy”) bacteria, including some strains of MRSA. Berberine has the ability to kill helicobacter pylori, the bacterium known to cause gastric erosion, ulceration, and even stomach cancer. One group of researchers reported— using DNA testing of animal intes­tinal bacteria—that berberine “got rid of ‘bad guy’ bacteria, but didn’t interfere with the good guys”!

As always, make sure to check with a physician skilled and knowl­edgeable in natural medicine to make sure if any or all of the natu­ral items mentioned above are a “fit” for you!