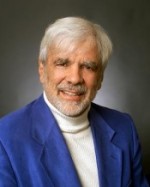 A new “hidden” use for human chorionic gonadotrophin (HCG) has been uncovered. It turns out that HCG—the hormone secreted in the largest quantities by human placentas—may be an effective remedy for painful endometriosis.

This research was first published in 2004 and since that time no contradictory reports have been published. In other words, there’s absolutely no reason why this safe, natural therapy shouldn’t already have been tried for the thousands (or more likely tens or even hundreds of thousands) of women who’ve in effect been told “there’s no treatment for your problem except for birth control pills, pain pills or surgery, but it’ll improve after menopause, so hang in there.”

Endometriosis is reported to occur in 6% to 10% of all women. In this condition cells which line the uterus migrate outside the womb to other areas in the pelvis. There they remain and grow, often causing painful menstrual periods and/or mild to severe chronic pain between menses. Endometriosis is associated with infertility, too.

In this research, thirty-one women with histologically verified (tissue samples were observed under a microscope to confirm the diagnosis) endometriosis were given 1500 to 5000 IU of HCG once or twice a week for three to twelve months. The results? HCG significantly reduced pain, irritability and more!

That’s impressive: Endometriosis pain, sleeplessness, irritability, overall discomfort, depressive mood, and painful bowel movements, all significantly improved. The only parameter that didn’t greatly improve was painful urination. And the treatment continued to be effective for up to one year, when (apparently) the research project ended.

The report summary concluded: “HCG injections lead to significant and clinically relevant reduction in pain intensity and to greatly improved quality of life in women with therapy-refractory endometriosis.”

So if you or a loved are suffering from endometriosis and you would rather not take birth control pills, be on a continuous dose of pain pills, have your uterus removed surgically or wait for menopause—why not consider taking this article to a physician skilled and knowledgeable in natural medicine and natural hormone use, and discuss giving regular HCG injections a try?  Of course, even though the results of this research were very positive, results are never guaranteed. But clearly there’s reason to hope!

Natural HCG appears to be safe

Unfortunately, we’ve not been able to find any follow-up research published since this 2004 report. And the group was small, only thirty-one women. But HCG is safe; we all had exposure to it for approximately nine months when we were vulnerable fetuses, during which time it did us no harm at all. There’s also experimental evidence showing the non-toxic nature of even enormous quantities given to adults.

Some physicians and pharmacists worry about the safety of large quantities of HCG, most likely because the amounts used in “HCG diet plans” have been quite small, 125 to 200 IU daily at most. Of course the safety of any therapy is an important consideration.

To put HCG in perspective however, we need to remember that we all essentially “took a bath” in HCG for the first nine months (some of us perhaps less) of our lives while we were inside of Mom. As tiny as we were we, of course, emerged unharmed by the large quantities of HCG we were exposed to.

Another clue to HCG’s safety can be taken from a research study which used relatively enormous quantities of HCG, given intravenously. Researchers gave 100,000 to 150,000 IU of HCG to eight men as part of a research study on HCG and thyroid function. Among other things, the researchers wrote: “No clinical side effects were noted… after iv administration of these large doses of hCG.”

Although it’s possible for anyone to react adversely to anything, at present it appears that relatively large quantities of HCG are safe.

Just above, you read about the remarkable, but “buried,” 2004 research report about a very successful treatment for endometriosis. It’s definitely worth repeating! The researchers reported that 1500 to 5000 IU of human chorionic gonadotrophin (“HCG”) treatment once or twice a week for three months “led to a highly significant reduction of endometriosis-related pain (p < 0.001) and to improvement of disease related parameters such as sleeplessness (p < 0.001), irritability (p < 0.001), overall discomfort (p < 0.001), depressive moods (p < 0.001) and painful defecation (p = 0.01). Dyspareunia [painful sex] and dysmenorrhea [painful menses] also clearly improved (both p < 0.001), though HCG did not lead to significant reduction of dysuria [painful urination] (p = 0.66).”

This is a terrific breakthrough for an excruciatingly painful condition for which there has been no effective treatment! And now there’s even more good news about endometriosis relief: it appears to be yet another condition that responds significantly to gluten elimination.

In 2012, Italian researchers published results of a study in which 207 women with chronic pelvic pain caused by endometriosis were placed on a gluten elimination diet for twelve months. One hundred fifty six (75%) of the women had significant pain relief; 51 (25%) did not. None had worsening of pain. But even though pelvic pain was relieved in “only” 75%, all—100%!—of the women reported what the researchers termed a “considerable increase” (p

Since women have been reported to bring dramatic relief from endometriosis using HCG it might seem like eliminating gluten is unnecessary, but for the best total body health results anyone with endometriosis should always use HCG and go gluten-free. Even if HCG eliminates the pain of endometriosis, the underlying gluten sensitivity, especially if “hidden”, will cause many other health problems usually undiagnosable by conventional medicine. In fact, non-celiac (“hidden”) gluten sensitivity almost always inhibits the assimilation of multiple nutrients, resulting in a variety of health problems.

We’ve just (at the time of this writing) found a research report about relief of endometriosis pain with melatonin, the hormone best known for it’s sleep-inducing activity. This time, it’s Brazilian researchers, reporting about forty women with endometriosis, ages 18 to 45, twenty of whom took placebo, twenty of whom took melatonin (10 mg) for eight weeks. Analysis showed that (compared with placebo) melatonin treatment reduced daily pain scores by 39.80% (p<0.01, for the technically inclined) and pain with menstrual periods (“dysmenorrhea”) by 38.01% (p Just a thought: all of this breakthrough research for women with endometriosis was done in Austria, Sweden, Italy, and now Brazil, not in these United States. None of it was publicized by the American media in 2004, 2011, 2012, 2013, or since. Makes one wonder what other non-patent-medicine remedies for other chronic problems are also being ignored.

Thank you to Tahoma Clinic physician-researcher Ronald Steriti N.D. for finding these “breakthrough” publications, the implementation of which may well relieve intractable pain for tens of thousands of women! And of course thanks to the researchers who did the original work, and the women who participated in the research.