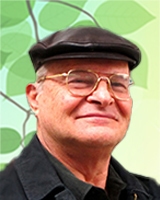 Prolotherapy/Pain Treatment
Dr. Janes uses a technique called prolotherapy along with trigger point injections to strengthen and thus reduce pain in structures of the skeleton, including the surrounding ligaments and muscles. Invented in the Chicago area in the 1930s, this treatment is effective for treating pain or weakness of the neck, back, knees, elbows, wrists, fingers, shoulders, TMJ (jaw joint) or any other joint and its supporting connective tissue structure (joint capsule or ligament). A typical prolotherapy patient is one who had a sports or other injury of life events, which just refuses to heal, with either time or other treatment. Dr. Janes is pleased to ‘team-treat’ patients with chiropractors, naturopaths, other MD’s, or surgeons to achieve the optimal patient outcome. He will work with you and your doctor.

Besides doing prolotherapy himself for thousands of his patients since 1995, Dr. Janes has taught prolotherapy to doctors from the USA, Canada, Mexico, , Italy, Central America, and Korea through his membership in the Hackett-Hemwall Society [www.prolotherapy-hhf.org], which does charity medical work overseas. He has treated hundreds of patients in Honduras and Mexico using this technique during several medical missions there with Hackett-Hemwall since 1996. He is a diplomate of the “American Academy of Pain Management”, as well as being board-certified in Physical Medicine and Rehabilitation. Dr. Janes served as Medical Director to the inpatient rehabilitation program in Pocatello, Idaho for five years before moving to Spokane in 1989 where he became Medical Director of the Mustard Pain Clinic.  He has been affiliated with Tahoma Clinic since 2001.

Dr. Janes’ states that “getting rid of bodily pain goes a long way toward making people happier and more productive in their lives”.

To schedule an appointment with Dr. Janes, contact us.

Hi Merle,
Thank you so much for seeing my patient and in taking such good care of her.  She really liked you and appreciated that you spent so much time with her.  I wanted to share with you what she wrote to me.  You are the best!!

Dear Dr. Tinh,
I apologize it has taken me so long to send you an update on my appointment with Dr. Merle Janes.  The appointment was like nothing I have ever experienced in my life in terms of someone taking the time to really try to figure out what was causing all of my ailments he spent over 90 minutes with me.  He was so thorough and he explained so much and the prolotherapy treatment has left me in absolute disbelief, the tingling in my fingers is completely gone and I am doing things I haven’t done in months. (I golfed 18 holes on Saturday)  I keep waiting for it to wear off and for the pain to return but as of right now I still feel amazing.  I don’t have any pain in my shoulder or neck and my elbow feels fantastic.  I feel so fortunate that we connected with you guys in San Jose and you gave me the referral to Dr. Janes I cannot thank you enough!  I plan to see him 2-3 more times just to stay on the healing track but after everything I’ve been through with various doctors I feel like I have hit the jackpot with Dr. Janes.  I will keep you posted on my progress and thank you so much for telling us about  prolotherapy I plan to tell everyone I know about it.
Thanks!